How “stragglers” can solve this task. 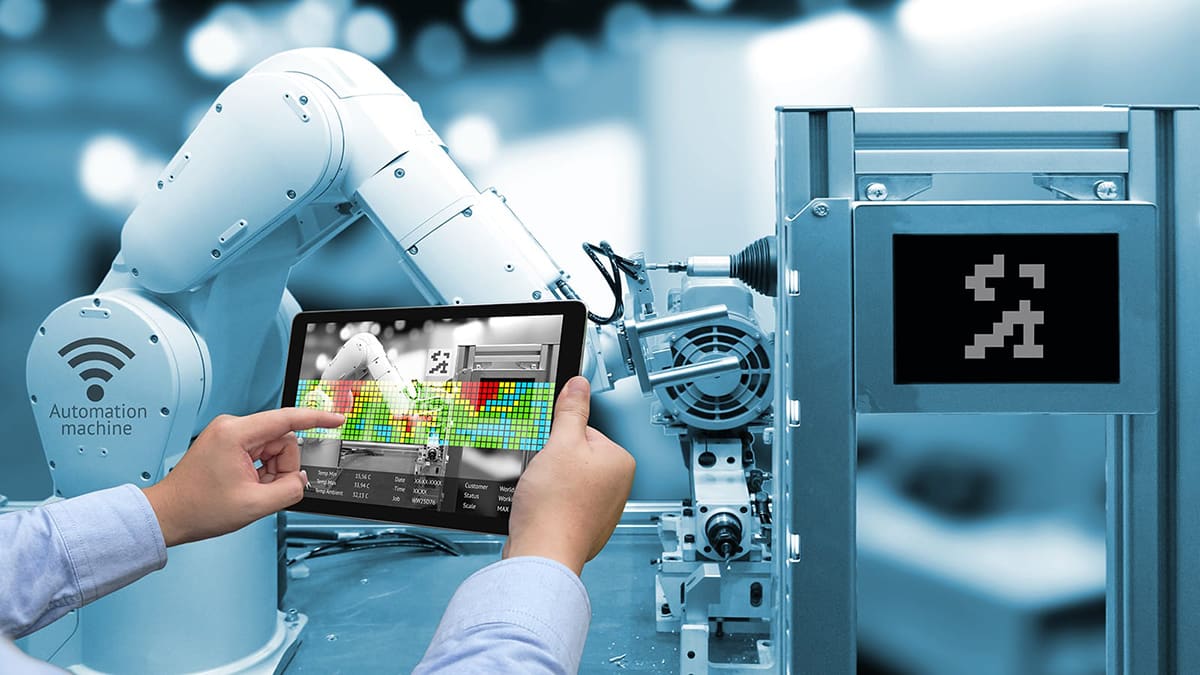 In companies of the manufacturing industry, digitalization can be encountered in many areas: In production, administration, and field service.

One might think that digitalization has become the mainstream in the business world. There is certainly something to it. However, there are also organizational areas where digitalization could be significantly higher.

I am thinking specifically about the many SMEs in the industry. They have always been the driving force behind innovation – “producing” more of it than adapting to it. However, in terms of digitalization, many manufacturing companies are gradually discovering that digital opportunities go far beyond the subject of industry 4.0.

According to the study on “Digitalization Index for the Mid-sized Sector” conducted by techconsult for Telekom Germany, the status quo is 56 out of 100 points. This is not bad, but it still offers a lot of room for improvement.

The question remains, how “stragglers” can solve this task?

Tackle Digitalization, But Then For Real

One thing is out of the question and that despite enduring prejudices: SMEs have long recognized the importance of digitalization. 72% of respondents rated the issue as important to very important. For 63%, digitalization is even the key issue.

Nonetheless, the “implementation brakes” in everyday business are numerous. At one point it may be a customer who places an urgent order at short notice. Another time there is a bottleneck in resources. And last but not least, it can happen that somebody just doesn’t really know where and how to start.

Against this backdrop, the results of digitalization initiatives often fall short of expectations.

As a stimulus, I would like to list five key factors for smart digitalization of SMEs in the manufacturing industry:

Above all, one thing is true about the digital world: It is networked. Anyone who wants to build their business successfully in this environment must think holistically. Stand-alone solutions are implemented quickly but have no chance in the long term. One more reason why digitalization goes beyond the pure technology aspect. It is important to dissolve data silos, reorient processes and, above all, take people with you. Everything is networked, everything is flowing – from procurement and production, through sales, marketing and service to HR and employee recruiting.

2. Move Customers to the Center, Not Your Own Business

The transformation from a company-centric organization to a customer-centric organization is not easy, but it is an essential step. After all, digitalization has not only changed markets, but also the customers. Their behavior is strongly dynamic. This can be seen in the fact that their needs are becoming increasingly individual (keyword: batch size 1) and that they get in contact with companies on various channels. It is important to understand what customers in the digital world consider added value and what their expectations are to align the organization and its processes.

3. Promote Digitalization From the Top

In addition to implementation, digitalization is primarily a leadership issue. This applies to both large and small businesses. Beyond technology and processes, it is mainly about people: Employees, colleagues, customers, and partners. It is necessary to excite them all for the changes. Because they shape the success (or failure) of a digitalization initiative. It is essential that the digital transformation is pushed by the CEO – consistently. Digitalization starts at the top and always with a clear business strategy.

“We know exactly what our customers want.” But is that really the case? I have personally experienced in many transformation projects how much that gut feeling can mislead you. For example, up- and cross-selling potentials in sales can be implemented quicker and more targeted with the use of analytics. Or complexity costs of the product portfolio can be lowered to optimally align resources to profitable product variants. The gut feeling will still “play a role” in everyday business in the future. However, it is clever to support it with the right KPIs across the entire value chain.

The worst decision is not to decide at all. The same goes for digitalization. Those who wait too long will have a much more difficult time later. On the one hand, they have to catch up with the competitors that are already ahead of them. This can be really expensive. On the other hand, the best people are already employed elsewhere. The “War for Talents” is already a reality in many industries.

That’s why: Get started! Now!

See the big picture. The subprojects implemented quickly and easily. With true Silicon Valley mentality: Fast feedback from all sides – from employees, customers and partners – to develop the best products and services and to successfully establish digital business models.

My weekly newsletter is read by doers and leaders, including Fortune 500 CEOs. Sent every Thursday by email.